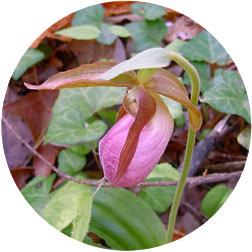 (1)
Plants alien to NC which are ranked invasive (i.e. Rank 1-3), or being watched (i.e. Watch List A-B) are marked "Invasive" in this column. (The rank is displayed as a tool-tip on hover.) See invasive status key below, or read more about invasive exotics in NC.
Plants Native to NC may be marked "Rare" in this column. (The rank or status is displayed as a tool-tip on hover.) See rank and status keys below, or read more about NC's rare plants.
(2)
Plants can be vigorous growers and may need more management to control.
(3)
Baccharis halimifolia is native to marshes and marsh borders on the outer Coastal Plain in NC, but has spread along road corridors to invade disturbed areas in the Piedmont, which is not considered its native habitat.
(4)
Native in part of its range, alien in another part.

North Carolina ranks are based on The Nature Conservancy's system of measuring rarity and threat status. This system is now widely used by other agencies and organizations as the best available scientific and objective assessment of a species' rarity at the state level.

Ranks begining with "G" are Global ranks, and may be interpreted similarly to NC ranks. To do so, substitute "G" for the "S" in the rank code, and "the world" for "NC" in the descriptions.

A rank involving two numbers indicates a range of uncertainty about the conservation rank in North Carolina. For example, a S2S3 rank indicates that the species may be S2 or S3, but existing data do not allow that determination to be made.

Federal statuses are similar to the state statuses. Species may be either endangered or threatened and they are protected by federal law. Alternatively they may be proposed as a candidate for being protected by law. See the US Fish & Wildlife Service's Threatened and Endangered Species System (TESS) for more detailed information.

(more about invasive exotics in NC)